Will You Go to (Spartan) Prom with Me?

A Heartwarming Story of a Teen’s Second Chance at Prom

Becoming a part of a team is like becoming a part of a family. People spend countless hours and energy involved in the team to bring motivation and inspiration. The Lone Star Spartans continued this value by standing by its own member. 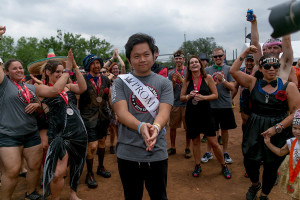 Peter Chau, a high school graduating senior, informed his family/teammates his prom date decided to go with another boy to Prom. Nostalgia immediately took hold as members began to recount their own memories of Prom and the feeling he must be having. As a high school senior, the Prom is a big deal. The Lone Star Spartans were not pleased with the actions of this girl and took matters into their own hands.

Within hours of the unfortunate news, Chris Reasr created a Facebook event called LSS Spartan Prom. Over 100 members accepted the invitation with intentions of wearing their Prom outfit on the course. Bow ties, boots and dresses were to be had. Prom is an event to be remembered and the Lone Star Spartans made sure Peter’s was too.

The Spartan Prom took place on May 16th at 1pm after the majority of Lone Star Spartans were finished with the Spartan Sprint. The weather threatened rain but had no effect on the exciting atmosphere. Everyone gathered at the appropriate time with cheers and laughter. Peter Chau took the stage and accepted the nomination of Spartan Prom King. He was honored with not one but two beautiful Spartan Prom Queens, Ashley Armitage and Reagan Cyphers. There is no higher honor for a Spartan man than to court a Spartan Queen.

Once the ceremony was complete the festivities began. The Spartan DJ played music fitting for a Spartan Prom. Fellow Spartans not acquainted with this event stopped to partake in this occasion. Dancing and embarrassing photography filled the festival area. Not a frown in sight. Whatever happens at Spartan Race ends up on Facebook. 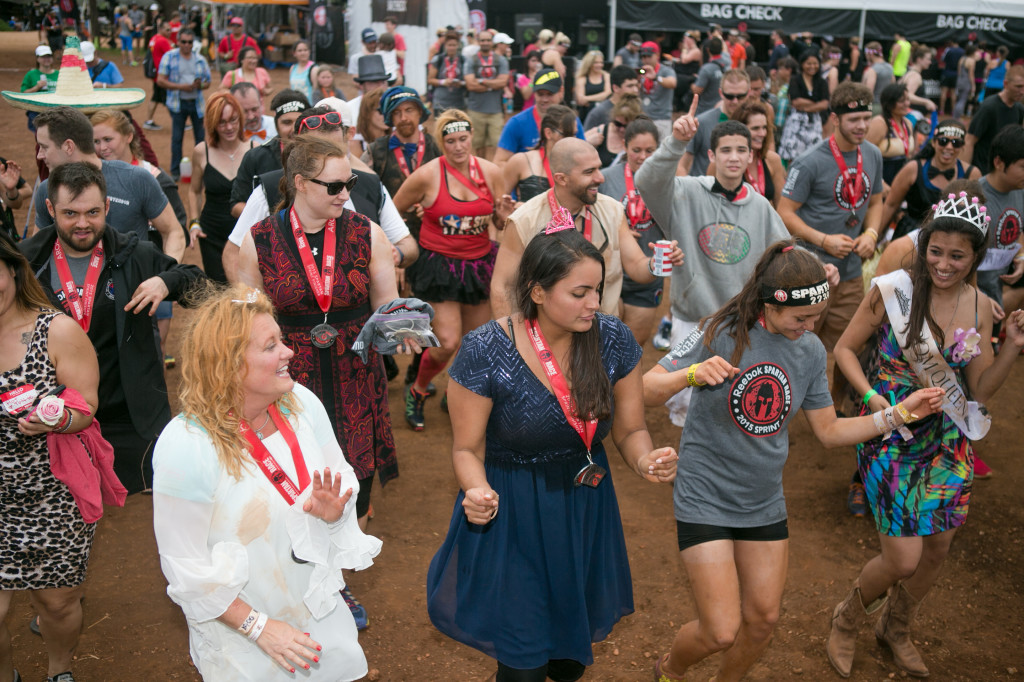 There is no shortage of appreciation to Spartan Race for allowing this to take place and the Lone Star Spartans for rallying around their family. Leave no Spartan behind.