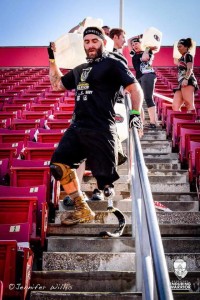 #WHYIRACE
Back in my senior year of High School, I joined the Pennsylvania Army National Guard with my twin brother, Joseph. I joined for the education benefits and my brother wanted to be a soldier. During Bootcamp at Fort Benning, GA, the cowardly acts of 9/11 happened…. My education would have to wait, I now had a selfless reason to wear the uniform. 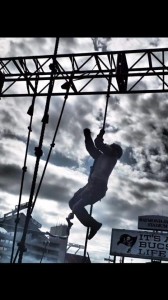 We graduated bootcamp as Infantryman and were quickly deployed on a peacekeeping mission to Bosnia/Herzegovina, where we conducted peace keeping patrols with other Nato Forces and interacted with the locals.

After our return, we received a volunteer mission for Iraq. I hesitated on the thought, but Joe volunteered, which made me have a change of heart, and I joined him. We spent a year-long deployment in the Al Anbar Providence of the war-torn country.

My tour in Iraq made me so proud to wear the uniform, I decided to "re-up" my military contract and I volunteered for Afghanistan. Joe decided to stay back to be with his family, who were having their second child while I was deployed.

On June 3rd 2008, three months in the Paktia Providence of Eastern Afghanistan, my vehicle hit a roadside bomb, which resulted in the amputation of my left leg through the knee and salvaged my right. My two comrades, SPC Derek Holland of Windgap, PA and MAJ Scott Hagerty of Stillwater, OK, both died instantly.

So why do I race? I race for the spirit of my brother, Joe….I race for those who are not with us today like Derek and Scott….Sometimes I race with a cinderblock as a metaphor of the heavy weight of mental adversity that our veterans, first responders, and just the good of man-kind carry when they’re dealing with depression and Post Traumatic Stress…..and for me, I race to not let my disability define who I am. I race because I can.

EVERYONE HAS A STORY. TELL US YOURS.