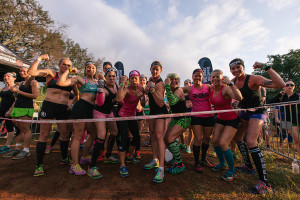 With torrential downpours flooding much of Burnet, Texas and the surrounding area between the back-to-back Spartan Race weekends at Reveille Peak Ranch, the course was primed to create a weekend filled with mud — lots of mud. It’s hard to say which race had more mud this weekend as Indiana apparently aimed to redefine what "muddy" meant.

On the eve before the race, 30 Hurricane Heaters were broken down until they learned how to work together as a team. In the end, they developed camaraderie and an ability to decipher the vague and abstract directions they were given. Their camaraderie was forged at the hands of Hurricane Cadre, Brian Walker, Dingo Dominguez, Tony Matesi and Guest Cadre, Patrick Mies.

When the sun rose Saturday morning, the ground was starting to finally dry up from the week’s rain. The air was humid, and for a short while, it appeared as though the sky might start pouring while the Elite men and women raced the Spartan Sprint course pushing through a runners’ course that laid obstacles strategically enough to still give the non-runners a prime chance to make up time lost in the long runs. 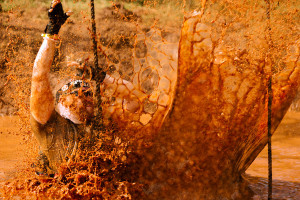 On Sunday, racers returned for a chance to earn the blue Spartan Super piece of their Trifecta. For those who raced both weekends in Austin, all that remained to earn a Double Trifecta is the back-to-back race days in the Dallas Beast at the end of October. The morning of the Super another wave of torrential down pouring swept over the Burnet area leaving areas of the course so flooded that the barbed wire crawl had to be shut down. That didn’t stop racers from coming out and enjoying the day. 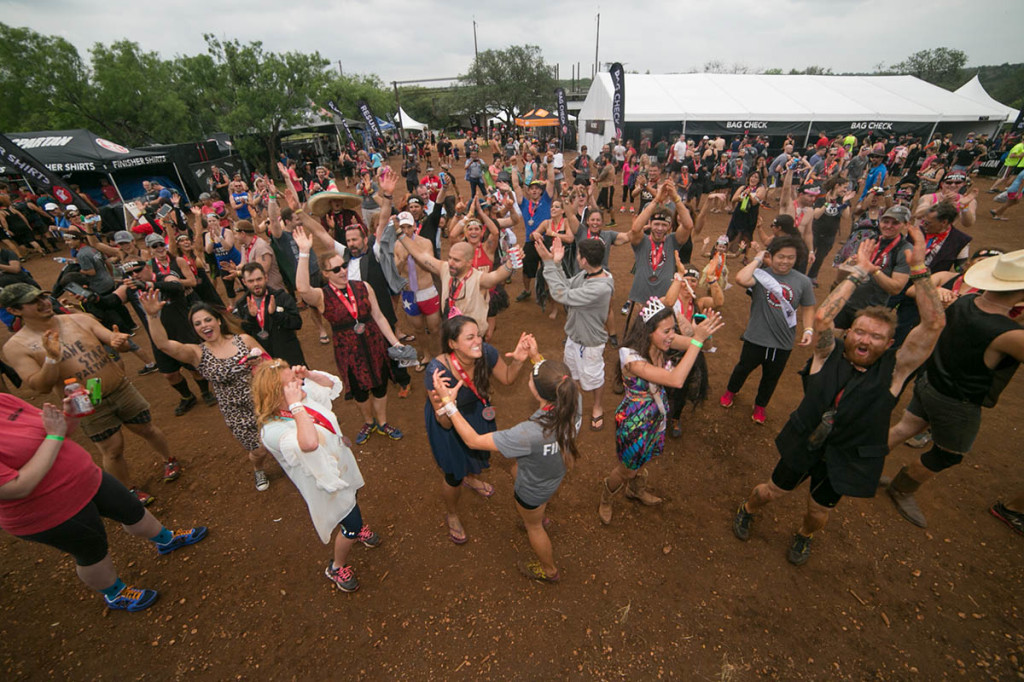 In closing, it was another exciting Spartan weekend. If you earned your Super and Sprint medals this weekend, you’ll have a chance to complete the Trifecta when the Beast returns at the end of October. But, before then, we’ll back with the Stadium Series, when the Spartans storm the stands of AT&T Stadium, home of the Dallas Cowboys for a Spartan Sprint.

Sign up today and we’ll see you at the finish line!